Fun day out on the River Irwell…

Last Saturday, around 9 members of the canoe club decided to take a trip to the River Irwell, in the Burrs Country Park just outside of Bury. Knowing that the levels would be (very) low and that the river wouldn’t be quite as challenging as some of the water we have been on of late, we were not deterred and arrived at around 10am in the car park at the activity centre.

The original plan was to run the whole river, but it was decided that this would be plain stupid with the levels being so low-it would be a walk, never mind a scrape in many places! So we stuck to the Burrs site and spent a good time on the river, managing 3 runs from above the big weir, with a bit of playing in-between.

Those who wanted to run the weir got in above it and it was put forward that with the levels being so low and the stopper at the base of the weir being almost non-existent, we should try and go down the weir in as many different ways as possible. This continued throughout the day, with lots of styles being tried, including backwards, paddle-less (or both), with a person sitting on the back of the boat, or not even sitting in the boat (which did end up in a swim though). 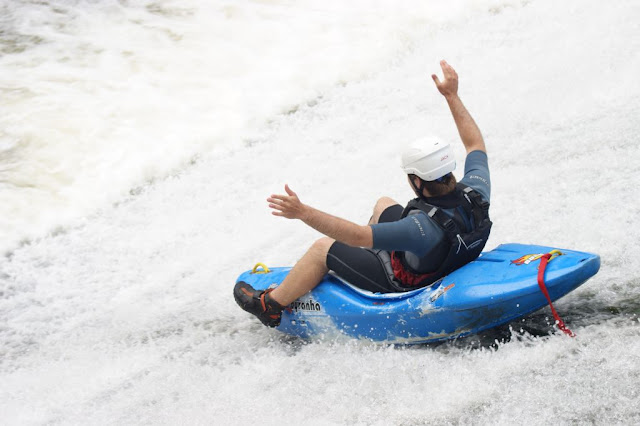 Some even decided to climb back up the stepped side of the weir for another go! 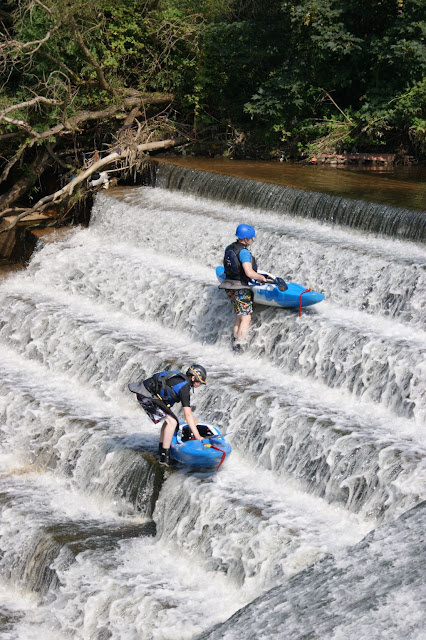 We then ambled our way down the river where some of the newer paddlers got a chance to practise their ferry-gliding and break-in/out skills. Not all was lost for those taking their 3 star test in a few weeks though, as they practised their support strokes on the flat water. 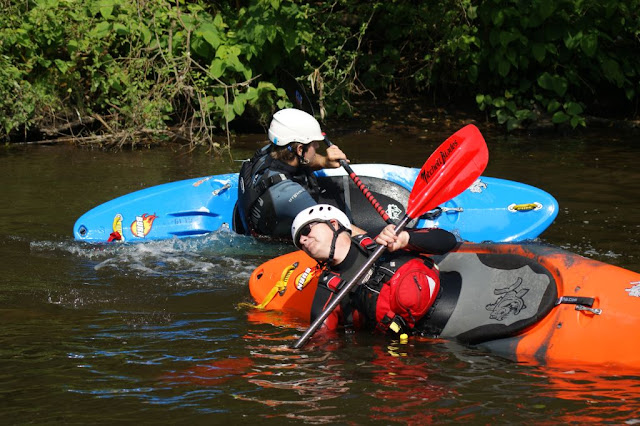 One of the main attractions of the day proved to be just under the road bridge, where the locals had set up a swing from the bridge above. This made the trip a bit more interesting and we all spent plenty of time playing around on it, although the rope was looking a bit worse for wear afterwards!

Lunch in the cafe and two more runs down the river followed, and despite the fairly flat water, we managed to get some good paddling in and tire ourselves out. 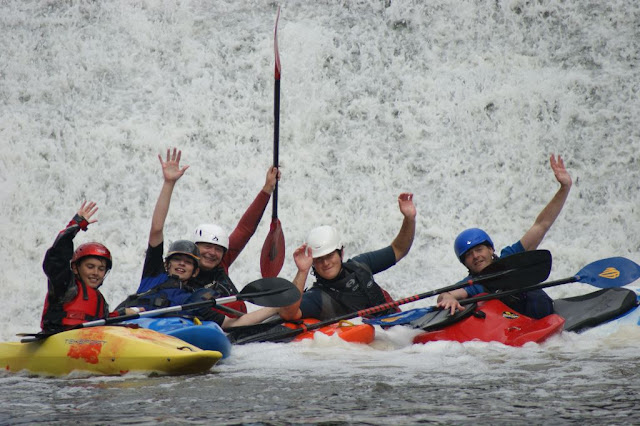 Thanks also go to Sam Mobbs for taking all the great photos. More can be found on the Gallery page.

Posted in Blog
← Previous Next →